There were a lot of minor tasks at Kunselling this time but because we now pay to have the grass mown regularly this has let us focus our time on essential maintenance.

The biggest task was building a base for the new garden shed and then assembling the shed itself. Thomas and I took this on. A few hooks and shelves have made it organised and clean for all garden related tools and supplies. 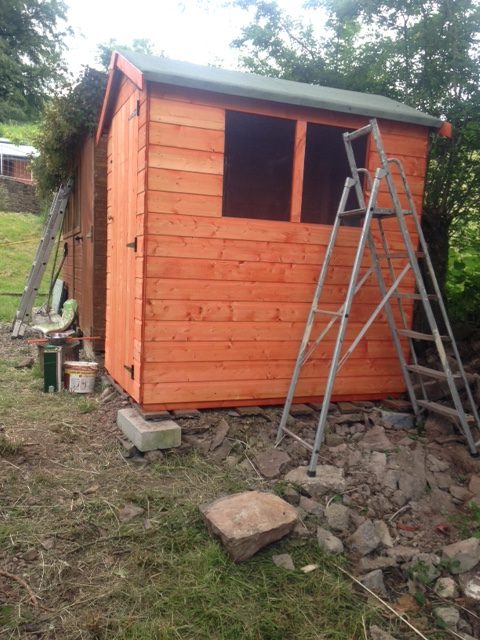 We got the chain saw repaired but in the meantime we had borrowed a better saw from David, so Thomas cut all the wood that had been lying waiting. We have bought a proper protective mask and helmet now. David brought a load of ash wood and he will probably give us a second load later. This should be enough for winter once it is split and stacked.

Dick and I did some minor repairs like fixing the external light, repairing and rodent proofing the boot room external door and frame which health and safety had flagged up. 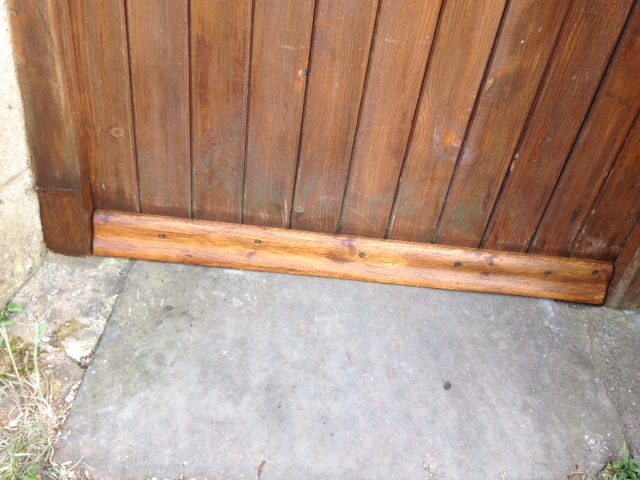 We also checked the little trees which are doing fine mostly and decided to leave them to fight off the ferns on their own. In 10 years they should be a jungle but we may still replace the odd casualty.

Alex sanded and treated all the benches and also the large shed. He also burned off the cuttings from his trimming the hedge in front of the house.

Mirjana organised the new shed and weeded and ordered all the garden beds. She has also sorted the pond and tree nursery.

I agreed with Philip Davis that he do the work necessary for raising the fence by the Mandala according to the instruction of the H&S. This is the last outstanding task to comply with H&S to eliminate falling risks, and should cost £525. We will do the stonework later with our own labour, as the stone was delivered and is on site.

We had a commercial gas engineer safety test the cooker. He failed it for not having safety cut-offs on the burners and because of its large capacity.  It throws out too much CO2. When he measured the gas concentration it was too high so he said either pay over £3000 for a new extractor or get a new domestic oven. We chose the latter option and hopefully should spend about £250 after selling the old one. I expect the delivery next week and have made arrangements for someone to be at Kunselling. 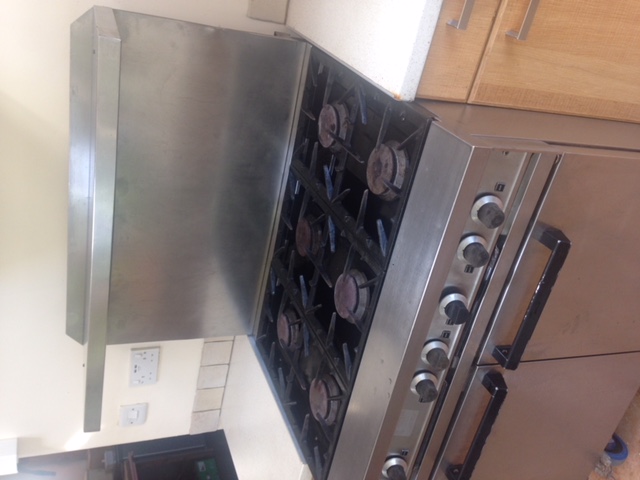 The other plumber Phil and an electrician came and changed the configuration of the boiler in the cabins. He has separated the control of the cabin radiators onto one circuit controlled by a timer. That is now autonomous from the underfloor heating which is controlled only by the thermostats. He also changed a washer on one of the loos so it fills up properly.

A new dome for dancing was ordered from America and arrived, after a short holiday in Heathrow, about six inches smaller than the original.  This caused major headaches for the team and these are still being sorted out but we look forward to dancing in the New Dome sometime this summer…Thanks to Rowan and Peter for working on this. 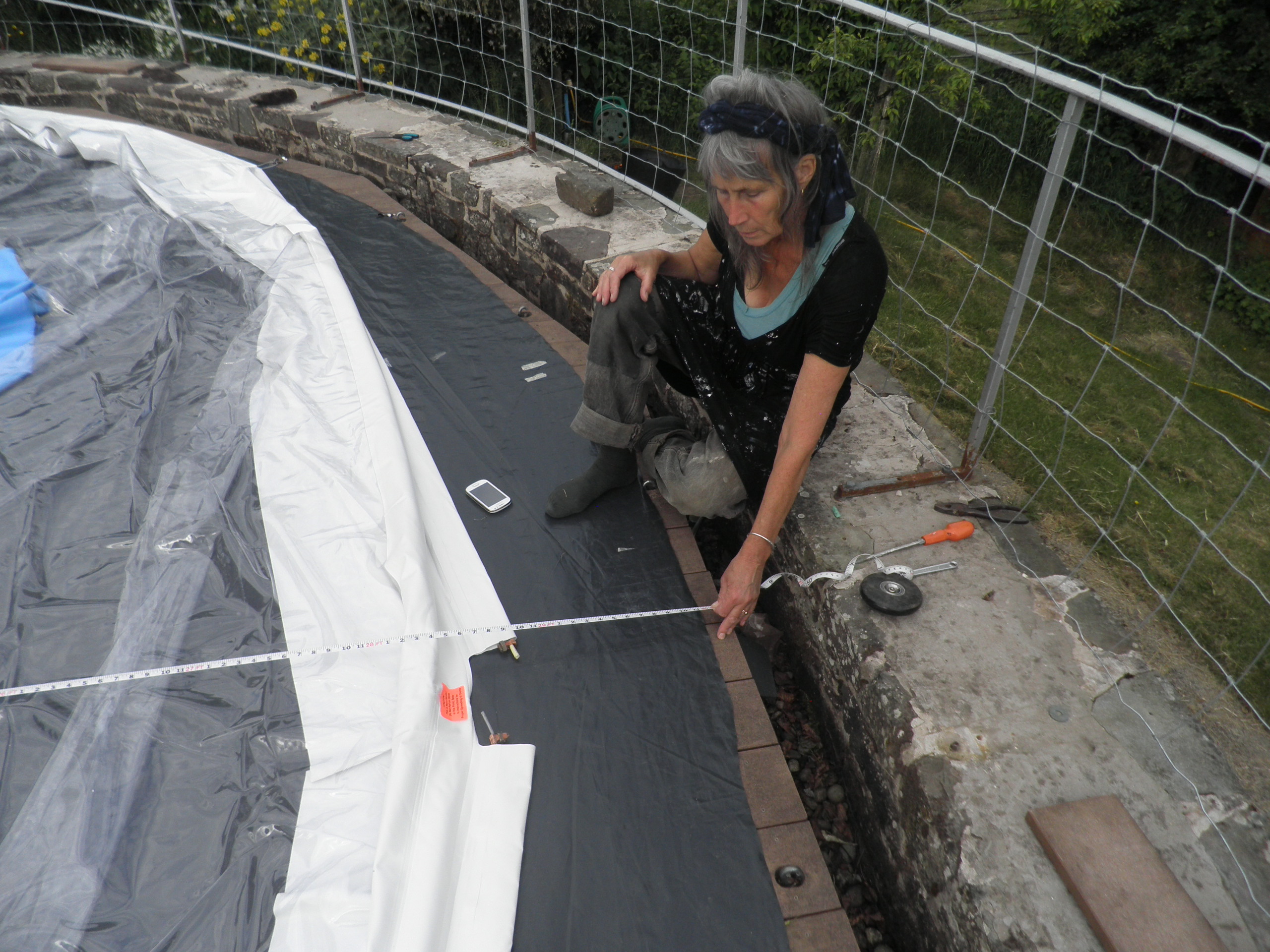 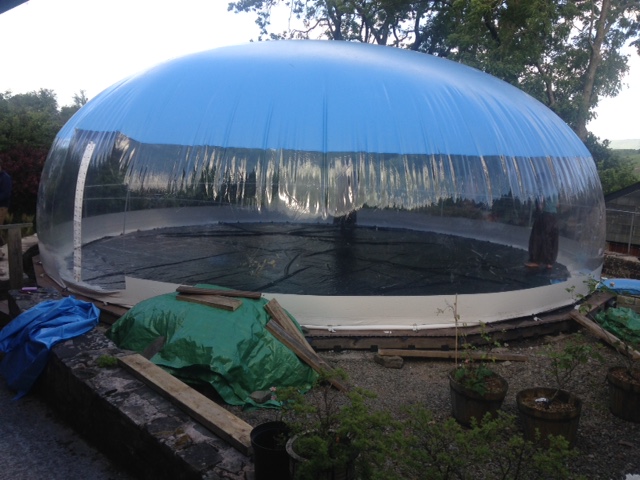