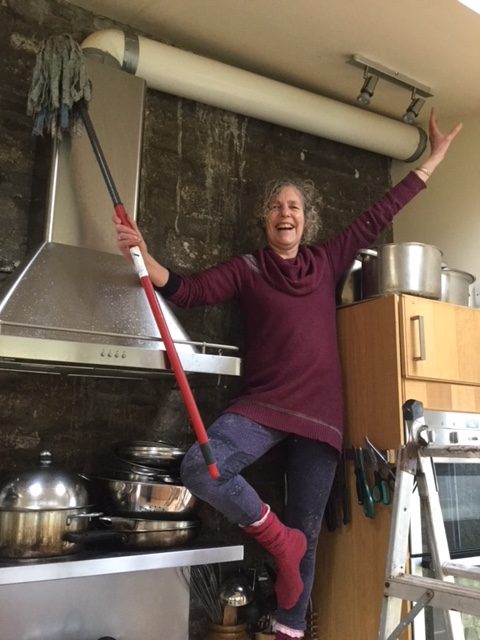 Penny manifesting as a Karma Yogini

Winter karma yoga was a real pleasure to attend. A group of enthusiastic and talented yogis turned up on Sunday evening, all ready for action and Rowan, Stephie and Rose were there already and had prepared a delicious venison stew.

Rowan decorated the shrine room, with Cindy helping. Cindy also considered paint charts for the final coat and put the room back together and made it look beautiful when Rowan had left for Tenerife. 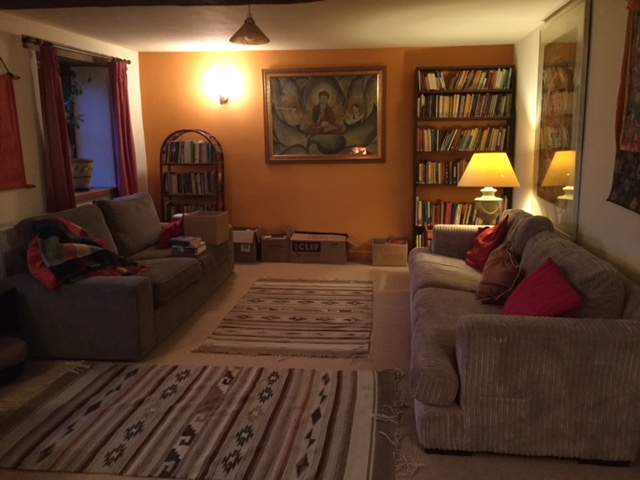 Mark disappeared into the dark retreat for more or less the whole retreat, just coming out at mealtimes. Thanks to his dedication and expertise, we now have a better ventilation system, which will make it much more comfortable and quieter. He also contributed design ideas for new bookshelves in the shrine room and some worktops in the dining room.

Peter was a blaze of energy, as usual. He trimmed trees round the tump, tore up the rotten seating round the mandala space, made a bonfire and, together with Rose, replaced all the light bulbs in both buildings with lower cost led”s. 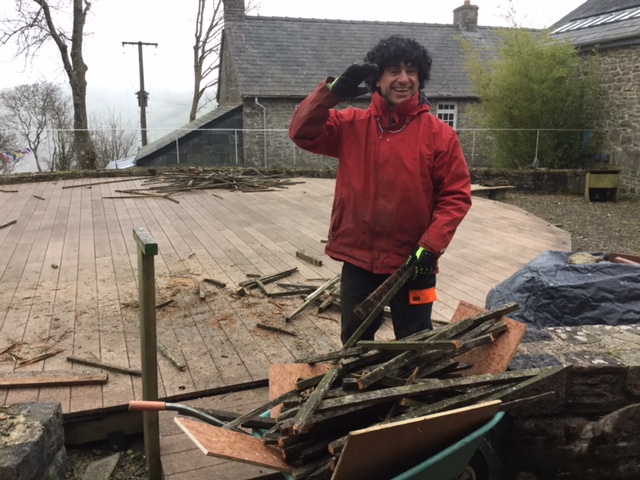 Rose and Stephie sorted through the library in the shrine room and took charge of organizing the cleaning. Apparently, they also did loads of cleaning up after the rest of us took off after Losar celebrations. Rose made an inventory of every light fitting in both buildings and what bulb was needed Stephie also made two trips to the dump with rubbish that had been gathering in corners.

Naomi and Emma were delightful to have around, as always and made us chocolate chip cookies and iced cake to fill any hungry gaps, as well as helping generally.

Unfortunately, Anna and Cindy were ill and Rose did her back in, but even they were awesome, coming back to do what they were able to, as soon as they were on their feet again.

We did tuns of purification of the six lokas in the morning before all our cleaning and clearing. The weather was sunny, cold, with light snow showers and Kunselling was, as usual beautiful. We got up before light on the morning of Losar to wash in star water and had to break the ice in the bowls on the mandala space, which glittering with hoar frost. Then we had a cup of tea and did Mandarava practice in the luminous blue dawn. 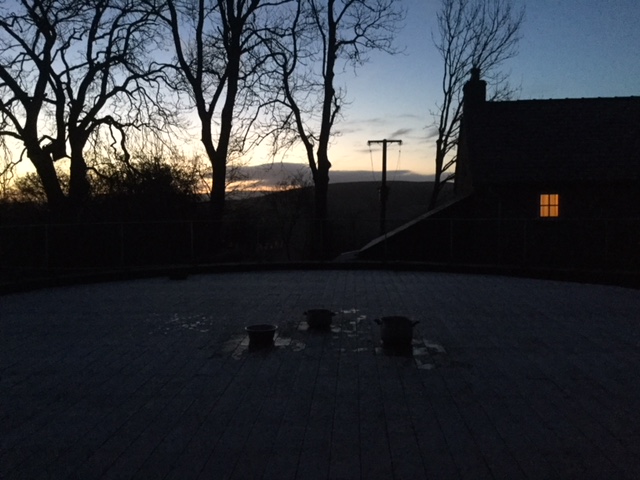 Losar was exciting mainly for the Health and Safety inspection, which took place with the house still full of Sang smoke and while Stephie, Anna and Rose were cooking roast chickens for dinner. Colin arrived in time to take charge of this. The inspectors were friendly and helpful, but it was a bit daunting to be told the kitchen needed a spring clean, when we thought we had just cleaned it thoroughly, even the ventilation duct!

It just goes to show that, however much you do, there is always more. Please come and enjoy with us at the next Karma Yoga in April. We particularly need people with DIY skills, but there is plenty of work for anyone who turns up. 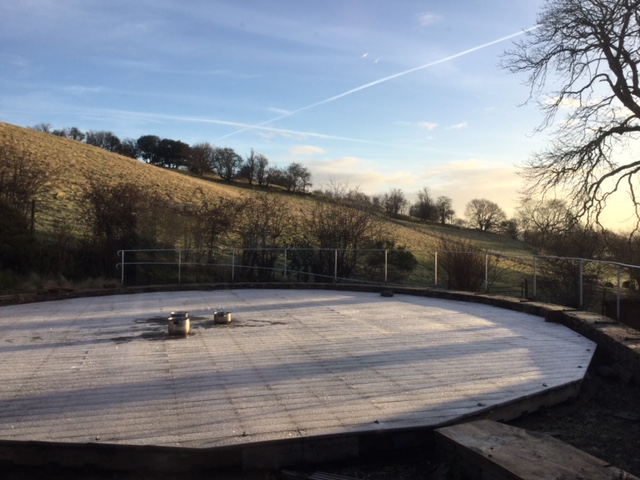 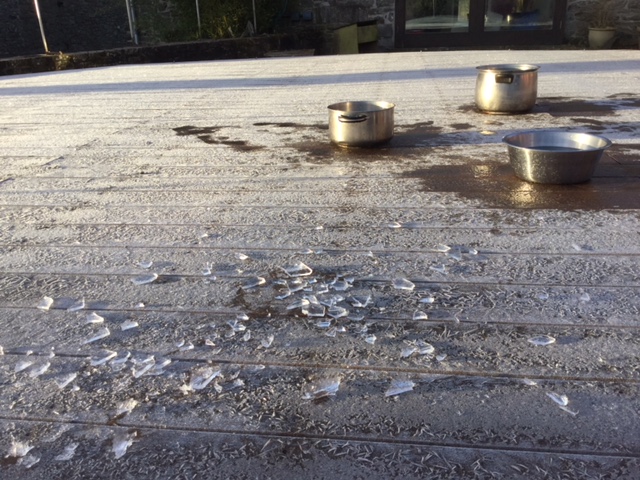