Norma Levine has continually mined the experience of her own life in the dharma to become one of our foremost chroniclers and interpreters of Tibetan Buddhism’s entry into the modern world. Like many of the Americans and Europeans drawn irrevocably into the orbit of the Tibetan lamas, the turning point in her life appears to have been her encounter with the 16th Karmapa, the majestic Rangjung Rigpe Dorje. In 1977 in a farmhouse in Wales, she attended one of his celebrated Black Crown ceremonies and never looked back. In a sense, her life’s work as a writer seems to have been to figure out exactly what it was that hit her that day.

In The Spiritual Odyssey of Freda Bedi, she turns her considerable literary talents to someone she at first considered to be a peripheral figure in the entourage of the 16th Karmapa: an English nun, “a great organiser, a doer of good deeds”, whose death in 1977 had passed without much mention in Buddhist circles. But remarks made about that death – indicating that it showed the signs of the passing of a realised yogin – prompted Levine to reconsider the stature and role of this woman. The result is this very striking and wonderfully enjoyable piece of spiritual biography, which convincingly presents us with a new icon of recent Buddhist history, a western woman who was absolutely vital to the preservation of Tibetan dharma in exile and whose life embodied Tibetan Buddhist spirituality in the very fullest sense: according to Tai Situ Rinpoche, she was indeed the first western woman to attain enlightenment.

The bare bones of Freda Bedi’s remarkable story are already well known. Born in 1911 into a working class English family, she was educated at Oxford, where she met her Indian husband, subsequently joining him to become a significant figure in her own right in the struggle for Indian independence. On friendly terms with members of the ruling Nehru dynasty, in 1959 she accompanied Indira Gandhi on a tour of the northeast border of India, where the Tibetan refugees were arriving in their droves. Grasping the urgency of the situation, she founded a Tibetan Friendship Group to find foreign sponsors for the refugees and more or less single-handedly set up a special school for the young tulkus. Thereafter, she dedicated herself to spiritual practice, becoming the first western woman to take ordination as a Tibetan Buddhist nun. A close disciple of the Karmapa, she accompanied him on his first epic journey to the west.

What Levine does is to reassess this narrative from the point of view of the dharma and to argue, ultimately, that this was a life of “mythic dimension”. Freda – or Sister Palmo, as she became as a nun – was a nurturing mother figure to the Tibetans in their hour of greatest need, universally known as “Mummy-La”, even to the Dalai Lama. People spoke of her as an emanation of Tara. Without her instinctive appreciation of the special quality of the Tibetans, things could have gone very differently for the impoverished refugees. Many of the tulkus who became the first great teachers of Tibetan Buddhism in the west – including Chogyam Trungpa, Akong Rinpoche, Tarthang Tulku, Geleg Rinpoche and Lama Zopa – went through her school. She it was who cajoled and entreated the Karmapa, initially reluctant, to travel abroad and turn the wheel of dharma so dramatically.

Her inner life makes for equally compelling reading. As a child, she had a yearning for a direct experience of the divine, studying the lives of the saints and St John of the Cross, regularly stopping to meditate in a church on her way to school. When she met her husband, she showed him a drawing she had made as a little girl: he identified it as a picture of the Buddha, intuiting that she had been a Buddhist in a past life. On a United Nations mission to Burma in 1953, she practiced vipassana meditation and had a shattering awakening experience, leaving her catatonic for three months: “I was walking through the streets… when suddenly I experienced the first real flash of understanding – the interconnectedness of everything that changed my whole life.”

When she met the Karmapa in 1961, she was already spiritually quite mature. “She had not only very high knowledge but also a kind of inner realization,” His Holiness Sakya Trizin tells Levine. The Karmapa seemed to recognise her worth immediately, promptly taking her into his inner circle. He asked her to set up a nunnery in the Indian foothills, allowed her the singular honour as a woman to live within the precinct of his monastery and even entrusted her to act as a lama, giving initiations and conferring refuge on westerners, their new Buddhist names written on the back of photos of Sister Palmo herself. According to Ayang Rinpoche, a Drigung Kagyu master who taught her phowa, her death showed the hallmarks of a successful dharmakaya-phowa: meeting the moment of death sitting in meditation, her corpse remaining fresh and malleable for several days afterwards.

This is a warm and inspiring book. Levine combines reportage – visiting the sites of Freda’s English and Indian life – with extensive interviews, as well as transcripts of hitherto unpublished recordings of Freda herself. We hear from all three of Freda’s surviving children and numerous Tibetans, often conveying an intimate, cosy atmosphere: Kabir Bedi (her second son and now a famous Bollywood actor) playing a practical joke on Chogyam Trungpa; Ringu Tulku remembering hot chocolate with Mummy. It is also full of superb photos, including many of the 16th Karmapa, but mainly of Freda, or Sister Palmo herself, in all her many arresting and often rather lovely guises (as an undergraduate, she was nicknamed “the Mona Lisa”).

Levine is a romantic and this for her is clearly a record of a kind of golden age. But, she has such good material and she assembles it so well – a photo, for instance, of a beaming Sister Palmo feeding pigeons in Milan illustrating the “glorious ’74 spiritual road trip” – that it is impossible as a reader not also to be touched by the beauty and the joy of the events she describes. 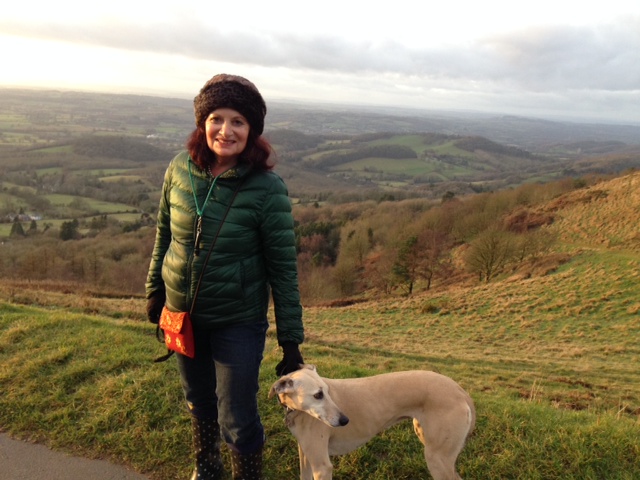