On the weekend of the 20-21st Jan, James Low gave a teaching at our London centre, Lekdanling. The weekend was preceded by an SSIUK lecture on the same topic, ‘Who am I? Buddhist approaches to the mystery of me being me’.

As usual, James led an exploration of the central themes of Buddhism followed on by the unique view of Dzogchen with his characteristic lucidity, warmth and humour. (One of the best laughs of the weekend was when James kindly revealed to us the secret, tantric name for samsara… ” $h#t-hole!” )

Having navigated the key tenets of Mahayana; that of emptiness, lack of inherent self-nature, Bodhichitta and the causes of suffering, James then gave a brief but illuminating commentary to a short Semde text by Vairocana, known as ‘The Song of the Cuckoo‘.

Apart from the teachings themselves, one of the personal highlights for me over the weekend was noticing how clearly beneficial these teachings were to so many. I had a back-row seat for the whole weekend so I couldn’t help but notice the many people scrawling down notes as welcomed epiphanies and golden moments of clarity presented themselves.

A recording of the wekeend’s teachings (and many others) will be found on www.simplybeing.co.uk in due time 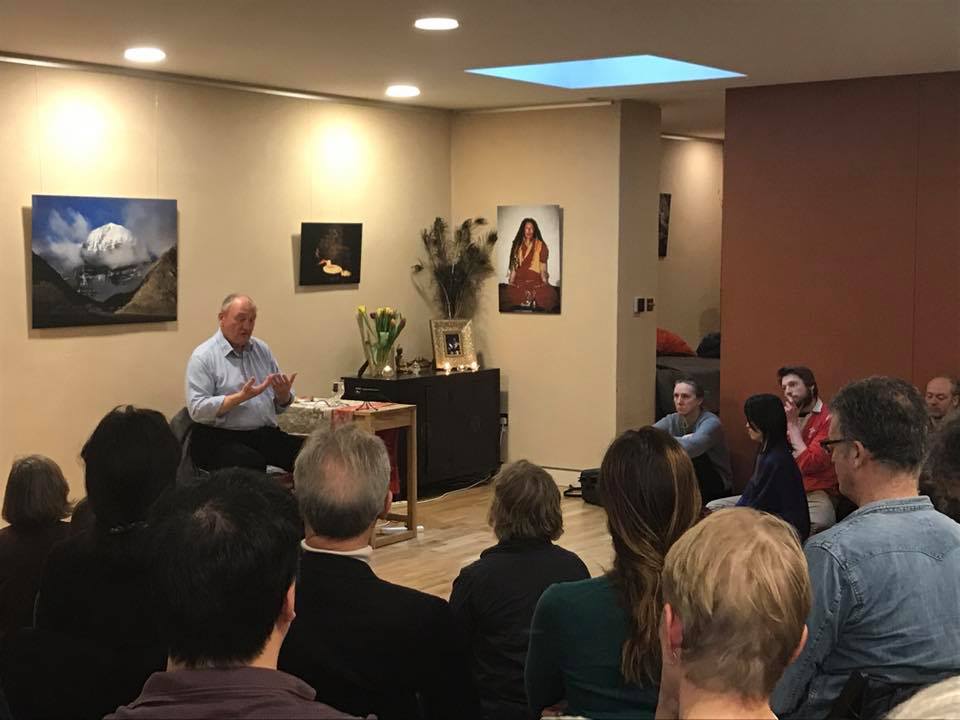 About the Author: Dion