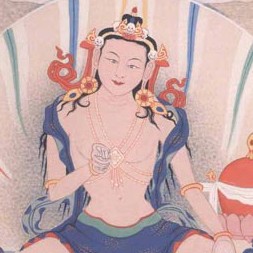 To anyone who has followed the Dzogchen Teachings – as transmitted by the late Chögyal Namkhai Norbu Rinpoche, the centrality of Guru Yoga practice will have come across in no uncertain terms. Repeatedly, Rinpoche would emphasise just how important Guru Yoga practice is. As aspiring practitioners, Rinpoche would outline three key capacities for followers to cultivate: the first being Guru Yoga (followed by developing presence in everyday life and working with circumstances). Indeed, as he would say, his single ask of all of us – as students – was that we do Guru Yoga practice; it being the very essence of the Dzogchen Teachings as the means to reconnect with our primordial state of Ati, as introduced by the Master.

With the year’s anniversary of Rinpoche’s passing having recently elapsed as we assembled for five days in Kunselling, the opportunity to study and practice Guru Yoga felt particularly apposite. The retreat was taught by Santi Maha Sangha Instructor, Steve Landsberg who was visiting Kunselling for the third time in recent years, having taught on Jhana Dakini Thugthig and Chöd on previous visits. For five days – Saturday to Wednesday – Steve led us, both in theory and practice, through very rich explanations of Guru Yoga; explicating the finer points of the practice and its function in leading us into the state of contemplation. The retreat provided a wonderful opportunity to study, practice and collectively deepen our capacities of Guru Yoga.

In the main we used the Guru Yoga of the White A practice. This is an upadesha teaching from the Longsal Series, the body of teachings that Rinpoche discovered as mind treasures in his dreams, across decades of Rinpoche’s life beginning from his adolescence, in Tibet. In addition, Steve also introduced various other practices which we applied, often for short bursts of time. These included a selection of Semdzins, used to help foster very specific experiences, to help provide a broader suite of insights from which we could gain confidence in the state of contemplation. Steve also introduced Shine practice as a reference for the practice of Guru Yoga and introduced us to the function of presence in the view of Sutra, Tantra and Dzogchen. His guidance in this and detailed explanations were very helpful. One exercise that we were undertook was to focus our presence on ‘the point’ at which our consciousness seeks out a new object, whichever sensory stimuli it might be. Personally, I found this a very useful exercise and no doubt alongside everyone else, felt a sense of refreshment in my practice began to emerge that was to grow stronger as we went deeper into the retreat.

This sense of renewal was also evident in the questions and discussion that naturally emerged within the sessions. Steve provided regular opportunities for people to probe, ask questions and make comments, with these discussions often being instigated by him. Although he also noted that UK retreatants are certainly forthcoming when it comes to posing questions! In answering and dealing with a wide variety of requests, Steve’s detailed understanding and ability to communicate the sense of the practice clearly shone through. This clarity extended beyond the nuts and bolts of ‘emptiness and form’ and included many practical issues in relation to how we as students can best seek to integrate the teachings in our life. On one occasion the issue of anger was raised. In response, Steve took us through how this emotion can be dealt with by practitioners, according to the Dzogchen view – not through suppression, or rejection; but through presence creating the space and for it to be self-liberated.

The application of presence that was cultivated among attendees led to a harmonious atmosphere in Kunselling over the retreat – though this was at times tested at meal-times. Red cooked an abundance of delicious meals, with quantity never lacking. These nutritious meals provided the required sustenance for our practice. Rowan, Natalia and Natalia must also be thanked for their contribution to the cooking duties. Thanks must also be extended to Peter White as the organiser of the retreat which ran seamlessly.

As we each left Kunselling to return to our homeward to our regular routines, a feeling of freshness was palpable, with our practice invigorated, and the Master’s presence in each of us perhaps brought to the fore a little more. 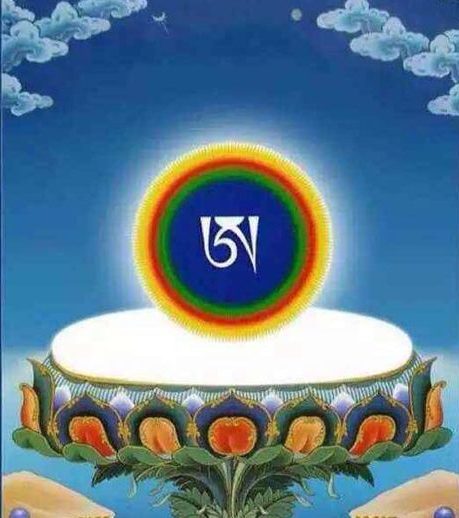 About the Author: Peter